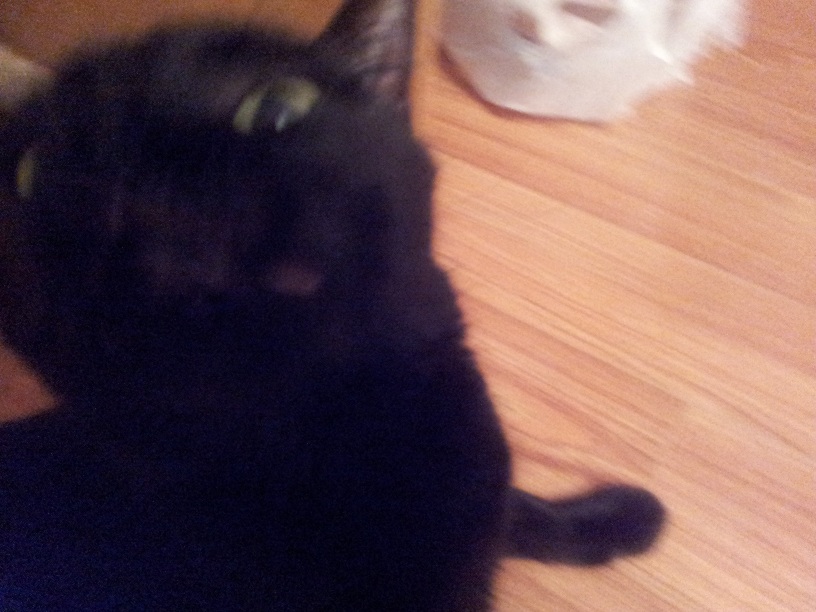 This is my cat trying to take a picture of me. My pose was awesome.

I write a lot, and a bunch of it is here. This the gateway to all things me. That’s why it has my name, and my picture on the front, and that’s why you’re here. Or I used to think that. I used to. I’d think that you came here to see me, and all of the stuff that I do, and so I’d have to spend a lot of time and effort showing you how cool I am so we could be friends. But recently I realized that I’ve been mistreating our friendship by thinking about it like that. You’re better than this, and I don’t have to try so hard to impress you. I can just be myself, and we can hang out here with the rest of the internet.

Now, I have a confession for you, good friend.

I’ve never lied here about what I do in order to sound cool, but sometimes when I write, I leave out the parts that make me seem less cool, so I’ll seem like some kind of grad student Superman and a reclusive millionaire will discover my dedication and give me piles of money to

make things and put them on the internet. I never said how I was super nervous and totally exhausted when I got to the Porch Party two weeks ago. I’d carried that bass and amp for ten blocks, and had never played bass in public before. I only learned how to play a few months ago, mostly by watching things on the internet, and everyone else in the band is really awesome  so I was worried I’d mess it up.

I was going to write about how I went to Steel Rails on Friday, and it was totally awesome and not weird at all. And to be fair, it was mostly awesome. Some Kwartzlab people wanted me to make a glowing star badge, but I made a Starfleet one instead. I sang karaoke, hung out with a pianist, met cool new people, and got my glasses smacked off by a British gecko. But I didn’t feel cool. I spent a lot of time doing that thing where you stand really still for a while and then look around like you’re looking for someone, so people won’t think you’re just being totally awkward. And you are looking for someone, someone you know, only they’re off doing their own thing and you don’t want to interrupt even though you know they’d be totally cool with it and it wouldn’t be interrupting. You want to meet new people but you’re grumpy and not sure how to finish conversations or be personable, so you stand or wander and try not to look like a magician who’s just lost his favourite rabbit.

I got progressively more tired, hungry, and grumpy during the afterparty, even though I met more friends and everything was really great. Do you have those moments when everything is great but you don’t feel great, and you think “Man, it’s just me. I must be doing something wrong.” I do sometimes, but not as much anymore. I waited in line holding a picture of a cat with a gun who was only slightly more cranky than me, trying to sustain a conversation with a cartoonist while banishing thoughts of future grilled cheese, and then to top it all off, I missed my bus, leaving me with a 40 minute wait or a 45 minute walk home on already tired feet.

I ran across some friends who were chatting and having a special moment it seemed, but they didn’t mind my interruption. They were just heading home, and even offered me a ride, because they’re really nice and were going my way. I climbed straight into bed, but before I could sleep, I thought about it. I may not have been cool the whole time, or done all the things I wanted to do, but all in all, it was a pretty good day.

So yeah. You can expect to hear less about how awesome I am, and more about the real thing. Because that’s what friends do, and I hope we’ll be very good friends. I want to hear about you too, so comment down below, chat with me on Twitter, or just come and find me sometime.

Things that are cool: this week, Concept Crucible turned one year old, and I talked about vaginas and formal logic. TPK had a post on adventure modules and shared experience, as well as halflings that ride dinosaurs!

Also, I am kicking ass at my papers. My stakeholder paper is at page 7/25, and I’m averaging three pages a day. That? That’s me being awesome.