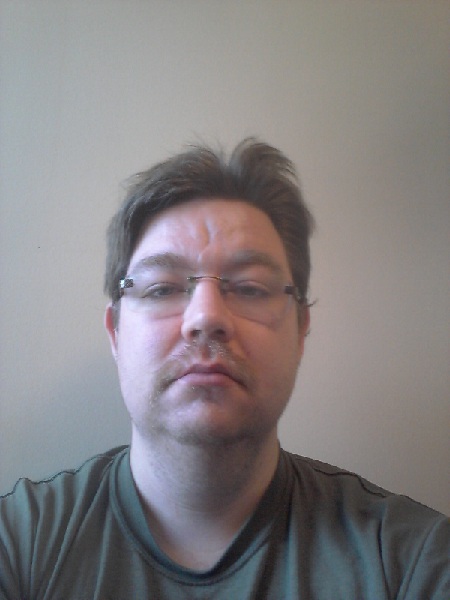 It’s been a pretty good week. Wrote some music, and started some new projects. More updates to come when I have them. In the meantime, it’s Movember, so I have another story. Go past the jump to learn why men’s health matters to me.

Last week I talked about my Uncle Arvi. Well I have another uncle, Pierre. He taught me …Well, a lot of things. How to be smart. How not to sweat the small stuff. How to be me. He introduced me to games like D&D, and loved the same kinds of books I did, fantasy and science fiction. He was smart, funny, and loved to push his luck. He was never at a loss for words either. He always had some comeback, delivered in his francophone twang. I came to associate him with appreciating the finer things in life, whether it was wine, art, or conversation, and the knowledge that you could do that and still be a giant nerd.

I remember the day he married my aunt Louise, my mother’s sister. I bothered my mum all day to explain how come my uncle had to get married, because he’d always been my uncle Pierre, for as far back as I could remember. I met his family, and there were hugs and much ruffling of my buzzcut. I remember being at the reception and desperately looking forward to the cake, generally not understanding what was going on. I don’t know when I started comprehending ideas like weddings and marriage, but it wouldn’t be until much later.

What I remember most is his library. He had a huge library of science fiction and fantasy books, because he never met a book crawl he didn’t like. It occupied most of his home, and he liked it that way. Every shelf was stacked two deep, alphabetically arranged. When I got to an age, he lent them to me. I’d go around and pick out books, ones with cool names or covers, or from various series that I recognized. But the real magic happened when he’d take me through. He had this knack for picking the right book for the right person, and he’d pull them off the shelf and pile them into my arms. Isaac Asimov, Robert Heinlein, Fred Hoyle, Keith Laumer… I’d spend years hunting around bookstores for copies of the books he lent me. And Douglas Adams. I remember when he put the Hitchhiker’s Guide to the Galaxy on my stack, when I was about fourteen. It was so good that I lent it to a friend so they could read it. But I forgot they still had it, so it wasn’t in the box when it went back to him. When he asked about it, I was mortified. I couldn’t remember. It would be months until I recovered it, and then I felt that the damage was done. Books were precious things to me, prized possessions to be read over and over again. To lose another person’s book, I thought, was unforgivable. I never asked to borrow another book from him. Looking back on it, I know he didn’t care, and just bought another copy. Sometimes things get lost, and nothing is unforgivable.

He died about six years ago, just as I was starting university. Cancer. He’d been ill for a while, but I’d been so busy with work and starting school, and we didn’t get up to visit often anyway. It hit me like a sharp numbness. I’d never borrow a book from him again. We’d never talk about my D&D game, or new computer developments, or anything again. He wasn’t even old. I don’t remember much about his funeral, except that it was masonic, so there’s less amazing grace and more spruce branches. I’d grown a beard then, and was the spitting image of him, even though there was no blood between us. I shaved it off afterward, partly because I started seeing his face in my mirror.

Years later I was in my aunt’s house, helping her clean up his effects, and she asked me to go through the library and pick out whatever books I wanted. She was going to read the rest, and then give them to used bookstores and the like. I wandered around, touching the spines of books I’d read when I was ten years old, and wondered about all the books I hadn’t read. I remembered all the things I learned from them, all the great stories, and tried to imagine what he’d thought reading them. Every book I chose was bracketed by two that went unloved. I came back to my aunt empty-handed. I couldn’t leave any of them behind. They’re moving to my house slowly, bit by bit, and I’m reading them in roughly the same way. Sometimes I lend them to people, and if they don’t come back, I don’t sweat it.

I don’t think he’d care if I did Movember or not. It’s not about that. But he’d want me to be the kind of person who gives a damn and does what they can. Some days, that’s me. If growing a moustache helps make sure that some other kid’s uncle doesn’t get sick, I can do that. Speaking of that, here’s how it’s coming along. It is thoroughly terrible.

Another story next week. See you then.