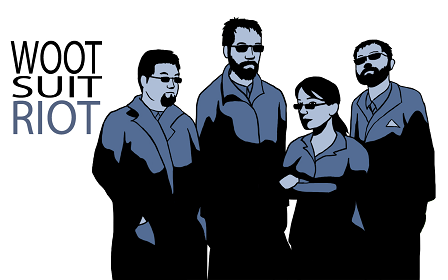 It just feels so good. This past Thursday was the annual Hagey Lecture, a lecture jointly sponsored by the University of Waterloo and the UW Faculty Association. I’ve been up to my ears promoting  it for the past few weeks and organizing it for the past few months. And it all paid off. With a crowd of nearly 500 people, we welcomed Oxford historian Margaret MacMillan, who lectured on the root causes of World War I and whether they were choices or accidents. Short answer, yes. The whole thing should be up on Youtube soon, and I’ll do a video and put a link up when it is.

I was also accepted to speak at the next Ignite Waterloo! I’m going to talk about the unseen benefits of charity events, and I’m hopefully going to do it without pitching Headshots from the Heart. Pitchy Ignite talks really bug me for some reason. I want to learn about neat things, not about what someone does for a living and how it can help me lose weight fast or somesuch. It’s on October 22nd at the St. George Banquet Hall in Waterloo, so hopefully I’ll see you there.

It’s been a whole week of new habits. I’m been absolutely shit at getting up at 4:30am. I might not be cut out for that one. I did take the week off of videogames, though. In the two weeks before I was averaging 4 hours a day according to my Steam, which if I’m not filming is a little too much for me. I was jonesing for them earlier this week, which is why I take these weeks off. I might make a monthly habit of it, just a vacation from videogames. I’ll go back to them tomorrow. Tonight is for music, writing, and possibly a bit of theatre.

It’s also time to get some other things spinning up. I’m going to start recruiting for the new Conspiracy of Accomplishment next week, and the week after I’m going to start thinking seriously about D&D for charity, because D&D Next is on the horizon and I want to get that rolling. In case I haven’t mentioned it, D&D Next is super fun. Lots of old school adventurey goodness with new school accessibility.

But the biggest accomplishment of last week was definitely the song Kayleigh and I did together over at Woot Suit Riot. It’s “I Don’t Want to Live on the Moon,” from Sesame Street. In this video I try not to look like a disinterested bassist, and fail. Looking at a camera and playing is tougher than I’d imagined. Anyway, check it out.