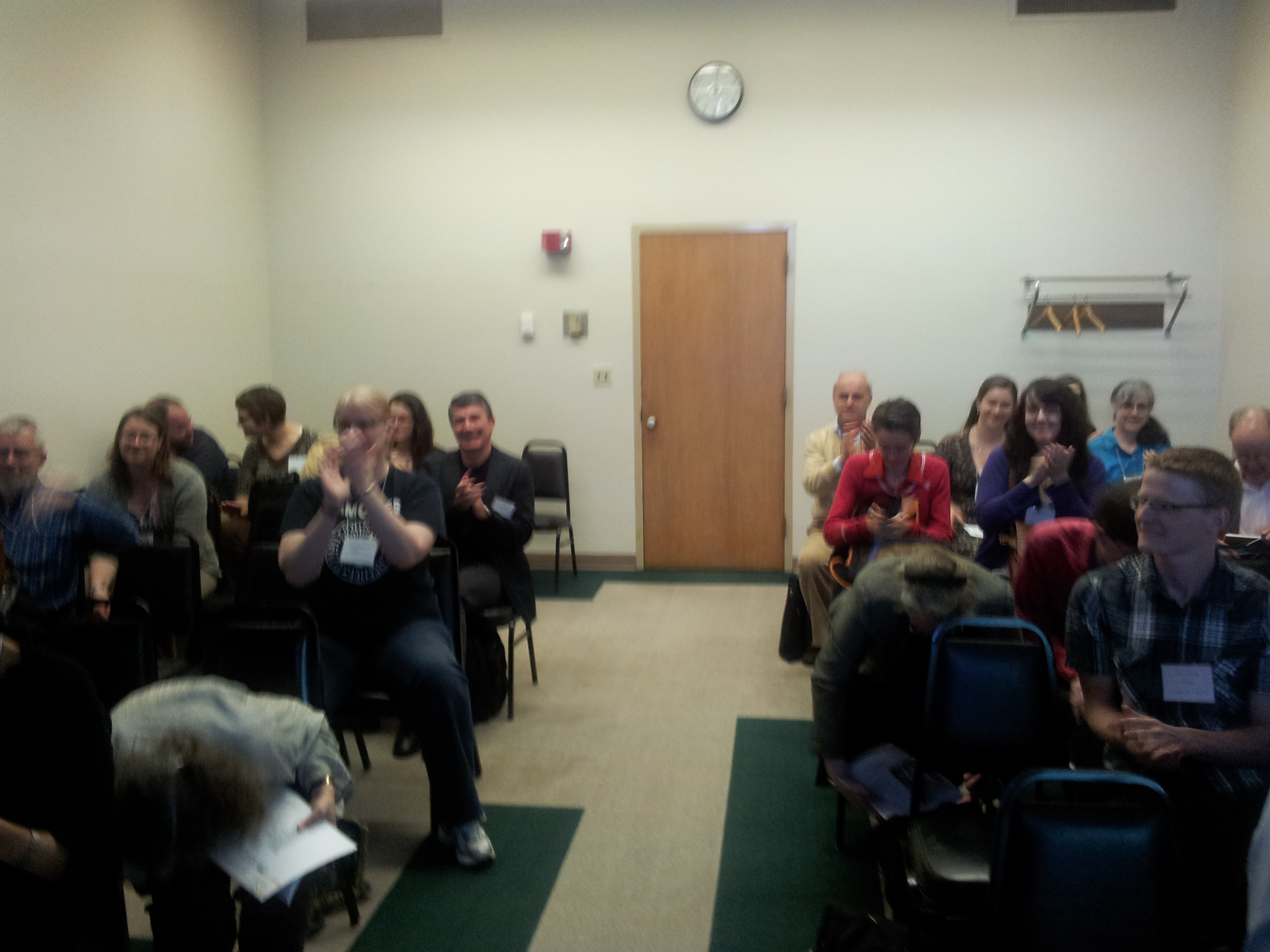 Apologies for the late update. I wanted to get it out yesterday, but between working on the song, Headshots from the Heart, and a run in with Minecraft, it wasn’t a reality. Next week’s will also be late, because I plan on being dead for much of next Sunday, having just finished up Headshots. Still, it’s been a busy week, so let’s get started.

We’ve been publishing posts for Headshots as fast as we can, at a rate of about two per day, so you can check some of them out. It’s really great to be able to write nice things about the friends who’ve chosen to sponsor us, and I look forward to writing equally glowing things about our volunteers and the wrapup, once I’ve recovered my sleep deficit. At less than a week to go, I find myself continually shifting between being excited and being exhausted, and I’m glad that I have some really great partners working with me on this, because I know I couldn’t do it without them. To name a few, Dave G has been painting up a storm, and Amanda has been writing the other half of the blog posts and coordinating with all of our auction sponsors. Can’t thank them enough.

This weekend was also my first weekend at a new part-time job as an assistant superintendent in my building, which has been a lot of fun. The duties are pretty light, and not only to I get to learn about the inner workings of the building, but it’s been a great opportunity to get to know my neighbours and become part of the building’s community. 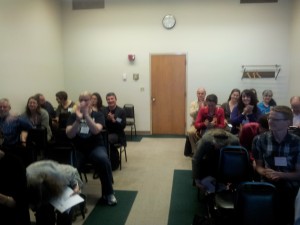 Finally, and what you’ve been waiting for if you’re a Kalamazoo scholar I’m sure, the song. It’s finished, and I’ll post the lyrics below. The story behind this is that I went to a Gregorian chant workshop while I was at the conference, and was inspired by the idea of dozens of scholars singing together. Given my strong penchant for scholarly songs (many of which I’m too embarrassed about to post, but look for some this summer), I thought I’d mix it into one. Now the finished product is here, presenting the debut of my scholarly hip-hop alter ego, Ars Notorious.

Roll up on Bilbo’s for our evening libation,
For some of us the first time, an initiation.
We wait patiently while others eat hastily,
then shoving greasy pizza into our pasty faces we set off
leave our kit in our rooms, the hallways are silent, they’re quiet as a tomb.
But we’re not done, the night’s still young.
Time to get the first taste of K-Zoo fun.
Scrabble is the game, and Latin is the way we play.
Deus! Da mihi bonas litteras, amabo te!
Then I’m up for a breakfast made of pre-fab ham.
Daylight hits my eyes like a battering ram,
Hustlin’ from session to session like a man on the lam,
And all the while I kick it to Gregorian jams.
Late evenings spent in conversation,
Old friends united
Discussing news of our vocation
Students or teachers, we’re excited.
It’s here we realize what we’re meant for
To mentor,
To bring about another generation bent on
Studying the history that’s found in scripts and stones,
Through cabbages and kings or through the game of thrones.
By hook or by crook we pull them in to their passions,
From ancient manuscripts to medieval fashions
Here we indulge our fascination with annotations on old pages,
Declarations of altercations that happened in the middle ages
Presentations on dissertations concerning ancient sages,
Standing ovations for orations delivered on the pseudo stages

Chaucer! Tolkein! Ockham! Aquinas!
A multiplicity of sessions in whose diversity you’ll find us.
Bushy-tailed or dozing, we try to understand,
and in our hearts we kick it to Gregorian jams.