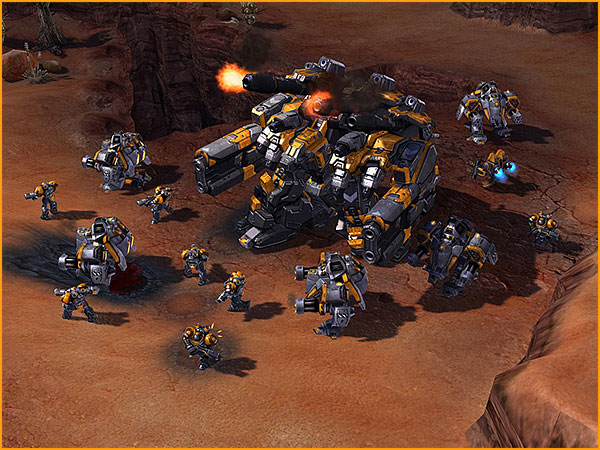 It’s been quite a week. I got some great fundraising training from Rita Egizii of the Haskayne School of Business, thanks to Hopespring Cancer Support Centre. She really helped me bring a lot of things into focus about strategic planning, and is half of the reason this post is about what it’s about. It’s also great that Hopespring invests in their volunteers I was new to fundraising when I started on their committee in January, but now I feel like I understand a lot of the basic principles and best practices. Other things happened. A bike adventure with tiny people, a friend getting married, and a late night wishing my friend and fellow podcast host Joy a good safe trip, because she’s off to Japan for a year. But those aren’t my stories, they’re someone else’s.

While I’ve been working, I’ve been watching Starcraft II commentaries by Sean “Day(9)” Plott. During the training session, I noticed a lot of similarities between real time strategy games and fundraising best practices for not-for-profits. I think a lot of these transfer over into other aspects of life, I want to do something more involved regarding this, possibly a series of articles on Concept Crucible, or a podcast episode, but for now I just want to test the waters.

Real time strategy games appear to be about building armies of tiny people (or monsters, or robots) and destroying your opponent with them, but that’s only the window dressing. The nitty-gritty details of powers and health and damage is all so much fluff. They’re actually only about two things: economy and pressure.

Every RTS game has an economy, which usually involves some kind of gathering of multiple resources (having more than one lets you make interesting choices about them). In Starcraft, your workers gather minerals and gas, while in Supreme Commander, you gather mass, energy, and research. The better your economy is, that is to say, the more resources you’re bringing in, the better your economy can be. You can afford to expand your influence. But people able to afford it and being able to do it require an understanding of the second idea of RTS games. 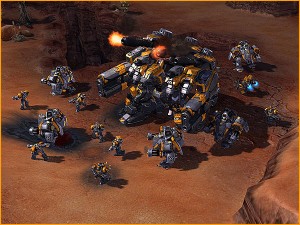 In every RTS game you have an opponent. They might be a person, they might be a computer, but they’re building an economy too, and they’re going to apply pressure to you. You have to use your economy to apply pressure to them, and respond to the pressure they’re putting on you. The better your economy, the better a position you’re in to do this. There are a lot of different ways to create and respond to pressure, so the game is unpredictable, but you can’t do all of them. The pressure is exerted on your economy, either directly or indirectly. Dead troops are lost investments, while dead workers not only cost you the investment you put into them, but also affect your ability to gather resources. Enough pressure in the right places can cripple your economy, and that’s what causes you to lose the game. Any RTS match can be looked at using these principles, because RTS games are really about resource management. A lot of interesting games are, and maybe I’ll talk about that a bit on TPK.

I might talk about some principles next week, things like “Build more Probes, build more Pylons” or “Spend your money”, but for now it’s just some musings that might turn into something larger. What do you think?

This week’s TPK talked about how to recognize problems, as well as introducing Malkara, another of the cities in Temir. Concept Crucible told you that you’re not as good a critical thinker as you think you are, as well as mixing Olympics with logic yesterday to teach you how to use a conditional proof. Finally, I did two posts on Labyrinth this week, one with a Greek alphabet song, and another about my adventures in Titan Quest: the Immortal Throne.

Oh! On Monday night I’ll be livestreaming a D&D session, hopefully the first of many! For more information on that, watch my Twitter.

With all this stuff going on, it wasn’t a great week for the thesis, unfortunately. I’m only at 14 pages out of 25, but I hope to be finished the second paper by the end of this week.