With Headshots wrapping up, it’s time to move on to what I was actually supposed to do with my summer. My three thesis papers, finding a job, that kind of thing. This will mean the reintroduction of the thesis progress part of these posts, now that it won’t depress me because I’m buried in coursework. I have a strong start on my first paper on the applications of the stakeholder model in personal ethics, and hope to have a draft ready for my advisor in two weeks. It’s only about 6500 words, which is totally doable.

Twenty thousand words of philosophy aren’t enough to keep me busy, though. That’s about three hours of my life every day from now until the end of summer. So I had to find some other things to do. Happily, there’s no short supply. Here are some things I’m going to do this summer. 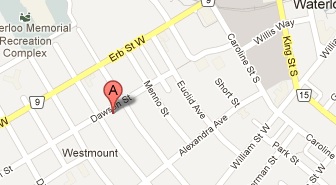 I’m playing with the Berliners, a jazz band organized by Stephanie Rozek, at the Grand Porch Party on June 10th. We’ll be on the porch at 135 Dawson from 3pm to 3:30, some come on by, and take the opportunity to hear a lot of other great local musicians! I’m playing with the Berliners again, as well as Argyle Speedo and doing a solo performance at Souls for Milestones on June 14th! Tickets are $25, and proceeds go to put a new roof on a nursery at the University of Waterloo. Help out a good cause, meet some great people, and have at least one unique cocktail, as the Cocktail Deeva will be there. I’ll also be out making music on car free Sundays this year, bringing my guitar and as many friends as I can muster to the streets to raise our voices in song. Look for us in uptown Waterloo on June 17th, July 22nd, August 12th, and September 16th.

I’m taking a brief vacation from both of the blogs to refocus on my thesis, but they’ll resume on June 13th. Concept Crucible turns a year old this month, something that absolutely amazes me. I’ve learned a lot in the past year, and intend to keep on going. I’ll also be blogging for a few other sites, including Labyrinth, a student resource for the Classics and Medieval Studies department at the University of Waterloo, and the Medieval Electronic Multimedia Organization (MEMO), both of which want to relaunch their blogs and have asked me for help.

On top of writing a paper about it, I’ve been asked to help out with the social media for both Labyrinth and MEMO, as well as consulting for the Research Group for Manuscript Evidence on how to reach out to undergrads and graduate students and deliver quality content to them. As some of the first academic societies exploring this niche, it’s pretty neat to be at the forefront.

The Hopespring Cancer Support Centre’s Celebrity Chef Event is just a week away, where you can have the opportunity to meet Chef Christian Pritchard and enjoy a fine Italian meal at the Hacienda Sarria. Proceeds go toward Hopespring’s efforts to provide care to cancer patients and their families during their time of need, including counseling, yoga, wig-making, and many other programs. I’m also working with the event committee on a Movember golf tournament. If you’re a hard core golfer in Waterloo Region, you can come out and compete at the end of October at Galt Country Club. Fun, food, and friends are just hte start. I can’t say more about it now, but it’s in the works.

The Philosophy Graduate Student Association is also going during the summer, and I’ll be working with a number of offices at the university to create a resource for incoming graduate students and undergraduates to better capitalize on their time here by letting them know about all of the workshops available to them. More to come on that.

The return of time means the return to D&D, which I’m really excited about. I’m hoping to start an online game using Google Hangouts where, once a month, we delve into Monte Cook’s Return to the Temple of Elemental Evil. If you’re interested, throw me an email or a tweet, and if you’d just like to watch, you can tune into the stream! Speaking of games, the new Educated Imagination podcast is out, featuring a discussion of how we can use games to change reality, centered around Jane McGonigal’s book “Reality is Broken”.

I’ll also be hitting a lot of other local events this summer. Not Steel Rails I’m afraid, but Startup Drinks, Kwartzlab’s Open Night, KWDM, Cinq a Sept, Ignite Waterloo, and plenty of others. My goal is to get my thesis work done during the day, so I can spend the evenings out in the community.

So as you can see, the theme for this summer is more! I hope to see you at some of this stuff, and get to know you. In the meantime though, I’ve got to get back to my thesis papers.

The Loneliest Lighthouse and Other Wackiness